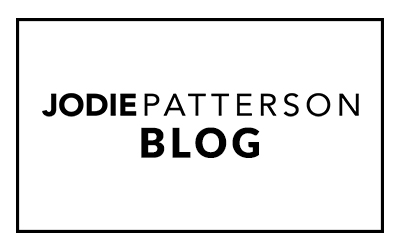 GeorgiaWORLD Guest Bloggers: These women are contagious trailblazers and fresh-thinking forecasters – all stunning, interesting and opinionated. They’ve connected their dots and harnessed multiple passions to become what I think are the blueprints for the new modern woman – each approaching life, success and their own personal beauty from the inside out. Total Girl Crush!

Let’s think about the two women who were rescued.  If it were not for the heroic measures of Mr. Charles Ramsey, they might very well still be chained and raped, and still as victims to what can only be described as a brutal, violent, vicious crime against women and children.

What I know is that the police came several times to the house, yet it was Ramsey that saved them. Forget the Big Mac for now, Mr. Ramsey has earned our respect. Fine, SNL, get your comedy on. But seriously, the significance of what he did is being insultingly overshadowed. The fact that the women were kidnapped and impregnated has taken a back seat to some strange comedy.

We make assumptions about the goodness of others based on their economic status. Let’s all acknowledge that Ramsey is the personification of good.

The interesting thing is that the spirit of Mr. Ramsey is and remains (throughout all of the press and despite the repugnant mockery) beautiful.  He is who he is – which at the very least is a hero. Best of all, he owns himself.  His full self, complete with a sordid and imperfect history. Period.

That is inner beauty at its finest.  He’s not concerned with being society’s version of a Clark Kent hero nor is he taking the jibes thrown at him with hostility or even a bit too seriously.  He’s stated that he is simply an American. I assert, that in addition, he is also awesome.

Candice can be found on Twitter hereopens in a new window!  She lives in Brooklyn (of course) with her fiancé and their shih tzu.

You have Successfully Subscribed!

opens in a new window
Mothers! ♥️ It’s a red lippy and some @nudeb

opens in a new window
We always do the most when we’re together. Check

opens in a new window
I’ve officially switched from running, to this.

opens in a new window
Black family stories, told by Black families - are

opens in a new window
“I love you, Mama, but I don’t want to be you.

opens in a new window
Joy is a form of resistance - to white supremacy.

opens in a new window

opens in a new window
My favorite Rasta hat is back. #spring

opens in a new window
My two books, side by side in this conversation wi

opens in a new window
My daughter Georgia, is a Mother. Not in the biolo

opens in a new window
I’m always pleased with what we manifest. Mara a

This is our #QuoteoftheDay. Happy #MotivationMonday!

Such sad news. Was more than a musician. #RipPrince

For #WellnessWednesday do your skin a favor and get one of our luxurious lotions, creams, or oils! http://ow.ly/4mUyLm #Beauty